“I sometimes get the feeling that somewhere across that huge puddle, in America, people sit in a lab and conduct experiments, as if with rats, without actually understanding the consequences of what they are doing.” – Vladimir Putin, 4 March 2014 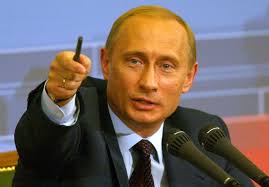 Paris.
Five years ago, I wrote a paper for a Belgrade conference commemorating the tenth anniversary of the start of the NATO bombing of Yugoslavia. In that paper I stressed that the disintegration of Yugoslavia had been used as an experimental laboratory to perfect various techniques that would subsequently be used in so-called “color revolutions” or other “regime change” operations directed against leaders considered undesirable by the United States government.At that time, I specifically pointed to the similarities between the Krajina region of former Yugoslavia and Ukraine. Here is what I wrote at the time:

Where did the wars of Yugoslav disintegration break out most violently?  In a region called the Krajina.  Krajina means borderland.  So does Ukraine – it is a variant of the same Slavic root.  Both Krajina and Ukraine are borderlands between Catholic Christians in the West and Orthodox Christians in the East. The population is divided between those in the East who want to remain tied to Russia, and those in the West who are drawn toward Catholic lands.  But in Ukraine as a whole, polls show that some seventy percent of the population is against joining NATO.  Yet the US and its satellites keep speaking of Ukraine’s “right” to join NATO.  Nobody’s right not to join NATO is ever mentioned.

The condition for Ukraine to join NATO would be the expulsion of foreign military bases from Ukrainian territory.  That would mean expelling Russia from its historic naval base at Sebastopol, essential for Russia’s Black Sea fleet.  Sebastopol is on the Crimean peninsula, inhabited by patriotic Russians, which was only made an administrative part of Ukraine in 1954 by Nikita Khrushchev, a Ukrainian.

Rather the way Tito, a Croat, gave almost the whole Adriatic coastline of Yugoslavia to Croatia, and generally enforced administrative borders detrimental to the Serbs.

As the same causes may have the same effects, US insistence on “liberating” Ukraine from Russian influence may have the same effect as the West’s insistence on “liberating” the Catholic Croats from the Orthodox Serbs.  That effect is war.  But instead of a small war, against the Serbs, who had neither the means nor even the will to fight the West (since they largely thought they were part of it), a war in Ukraine would mean a war with Russia.  A nuclear superpower.  And one that will not stand idly by while the United States continues to move its fleet and its air bases to the edges of Russian territory, both in the Black Sea and in the Baltic, on land, sea and air.

Every day, the United States is busy expanding NATO, training forces, building bases, making deals. This goes on constantly but is scarcely reported by the media.  The citizens of NATO countries have no idea what they are being led into. (…)

War was easy when it meant the destruction of a helpless and harmless Serbia, with no casualties among the NATO aggressors.  But war with Russia – a fierce superpower with a nuclear arsenal – would not be so much fun.