The agreement has been harshly criticized by humanitarian organizations like Doctors Without Borders, which deploys thousands of doctors overseas to offer medical care to those who cannot afford it, because it expands monopoly protections and patents for various pharmaceutical drugs.

THE NEWS MEDIA and advocates of the proposed Trans-Pacific Partnership (TPP) trade agreement have repeatedly described opponents of the deal as “protectionist” or opposed to trade itself.

Cancer patients and survivors protested drug policy changes the TPP could bring in February outside the headquarters of the drug industry’s lobbying operation in Washington, D.C.

For instance, after Donald Trump pressed Hillary Clinton to swear off passage of the deal, the New York Times reported that Trump was embracing “nationalistic anti-trade policies.” The Wall Street Journal said Trump expressed “protectionist views.” President Obama warned that you can’t withdraw “from trade deals” and focus “solely on your local market.”

In fact, the deal’s major impact would not come in the area of lowering tariffs, the most common trade barriers. The TPP is more focused on crafting regulatory regimes that benefit certain industries.

So the most consequential parts of the deal would actually undermine the free flow of goods and services by expanding some protectionist, anti-competitive policies sought by global corporations.

“We already have trade agreements with six of the 11 countries. Canada and Mexico — our two biggest trading partners — are in there. The tariffs are almost zero [with those countries] anyhow,” Dean Baker, an economist at the Center for Economic and Policy Research, told The Intercept. “What’s in the deal? Higher patent and copyright protection! That’s protectionism.”

The U.S. International Trade Commission’s own report on the agreement notes that “few tariffs remain between the United States and its existing [free trade agreement] partners,” which compose a majority of TPP countries.

It’s true that past trade deals such as the North American Free Trade Agreement (NAFTA) have dramatically lowered tariffs, freeing companies to move manufacturing jobs out of the country. And as a result, the very notion of trade agreements has left many Americans understandably skeptical.

Concerns that the TPP would lead to even more job losses “are real and I think that the political discussion is responding to those concerns from both parties,” Melinda St. Louis, director of international campaigns at Public Citizen, told The Intercept. But, she noted, “I do think that the trade aspects of the TPP are a small part of it. It’s only six of 30 chapters that have to do with trade and goods really at all. The rest of it is about setting global rules.”

One of the proposed TPP rules, for instance, involves the expansion of copyrights, which would impose anti-competitive costs on economies.

The agreement has been harshly criticized by humanitarian organizations like Doctors Without Borders, which deploys thousands of doctors overseas to offer medical care to those who cannot afford it, because it expands monopoly protections and patents for various pharmaceutical drugs.

For instance, the agreement requires the countries involved to offer eight years of market exclusivity, or five years plus other mechanisms, to assure “comparable market outcome” for a class of pharmaceutical products called biologics. These cutting-edge, biologically manufactured drugs have been used to treat Crohn’s disease, arthritis, and other common ailments — and expanding market exclusivity means there is less room for competitors to produce lower-cost generic drugs to compete.

“We do not have a position on the TPP as a whole, we’re not anti-trade, we’re a humanitarian organization,” Judit Rius Sanjuan, a legal policy adviser for Doctors Without Borders explained. “Some of the provisions in the text will also make it much more difficult to have innovation, because they create patent monopolies for big pharmaceutical companies.”

The TPP also seeks to strengthen and extend monopoly patents for the entertainment industry.

In a victory lap early this year, Disney CEO Bob Iger wrote to company employees boasting about the role his company played in expanding the intellectual property provisions in the TPP, saying Disney was able to “advocate successfully for a strong IP chapter in the Trans-Pacific Partnership trade negotiations.”

Disney played a major role in lobbying for a 1998 law that extended copyrights for media creations.

Congress’s 1998 rule change was a boon to Disney, which was due to lose its Mickey Mouse copyright in 2003. Thanks to this law change, which opponents derided as the “Mickey Mouse Protection Act,” Mickey’s copyright was extended to 2023.

The TPP seeks to expand on that, establishing a global Mickey Mouse Protection regime. U.S. Trade Representative Michael Froman made a trip to Hollywood in May to remind a trade group that the TPP would require countries to lift their copyright terms to the 70-year standard in the United States. This would be an increase from 50 years, the current standard in many of the countries that are part of the negotiation.

Froman pointed to films such as Sound of Music and Dr. Zhivago, noting that these films are “1966 vintage, which without TPP will be off protection next year.” 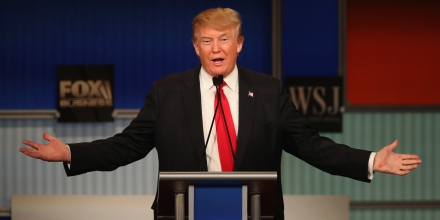 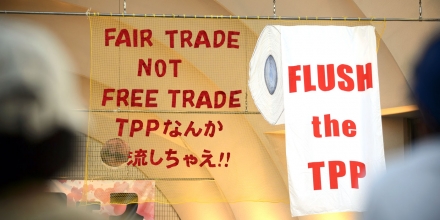