In Conversation with Henry Giroux (Video)

Dr. Henry Giroux is an author, professor, and cultural critic. He is one of the founding theorists of critical pedagogy in the United States, and has been named by Routledge as one of the top 50 educational thinkers in the world. Today he currently holds the Global TV Network Chair Professorship at McMaster University in the English and Cultural Studies Department, and a Distinguished Visiting Professorship at Ryerson. 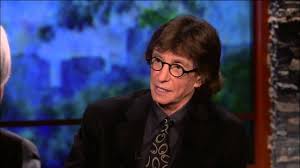 In July 2017, Henry was in Scotland to receive an honorary doctorate from the University of the West of Scotland (UWS). Following this event, he engaged in a public conversation with Diarmuid McAuliffe (School of Education) and Graham Jeffery (School of Media, Culture and Society). That conversation took place in front of a capacity audience on the UWS Paisley Campus and covered a wide range of critical issues within Education, Culture and Society.

Media for the people!  Learn more about Rise Up Times and how to sustain
People Supported News.
Follow RiseUpTimes on Twitter RiseUpTimes @touchpeace