Donald Trump was elected president of the United States a year ago today.

His ascendancy in American politics has made visible a culture of cruelty, a contempt for civic literacy, a corrupt mode of governance and a disdain for informed judgment that has been decades in the making.

It also points to the withering of civic attachments, the undoing of civic culture, the decline of public life, the erosion of any sense of shared citizenship and the death of commanding visions.

As he visits Asia this week in a trip that those in the White House, as usual, feared could careen spectacularly off the rails, the world is once again witnessing how Trump’s history of unabashed racism and politics of hate is transformed into a spectacle of fear, divisions and disinformation.

Under Trump, the plague of mid-20th century authoritarianism and apocalyptic populism have returned in a unique American form. A year later, people in Asia and the rest of the world are watching, pondering how such a dreadful event and retreat from democracy could have taken place.

How could a liberal society give up its ideals so quickly? What forces have undermined education to the extent that a relatively informed electorate allowed such a catastrophe to happen in an alleged democracy?

George Orwell’s “ignorance is strength” motto in 1984 has materialized in the Trump administration’s attempts not only to rewrite history, but also to obliterate it. What we are witnessing is not simply politics but also a reworking of the very meaning of education both as an institution and as a broader cultural force.

Trump, along with Fox News, Breitbart and other right-wing cultural institutions, echoes one of totalitarianism’s most revered notions: That truth is a liability and ignorance a virtue.

As the distinction between fact and fiction is maligned, so are the institutions that work to create informed citizens. In Trump’s post-truth and alternative-facts world view, nothing is true, making it difficult for citizens to criticize and hold power accountable.

Education and critical thinking are regarded with disdain and science is confused with pseudo-science. All traces of critical thought appear only at the margins of the culture as ignorance becomes the primary organizing principle of American society.

For instance, two thirds of the American public believe that creationism should be taught in schools and more than half of Republicans in Congress do not believe that climate change is caused by human activity. Shockingly, according to the Annenberg Public Policy Center, only 26 per cent of Americans can name all three branches of government.

In addition, a majority of Republicans believe that former President Barack Obama is a Kenyan-born Muslim, a belief blessedly skewered upon Trump’s arrival a few days ago in Hawaii, Obama’s birthplace.

@IrisRimon
“Welcome to Kenya”. LMAO, Hawaii, I love you.

Such ignorance on behalf of many Americans, Republicans and Trump supporters operates with a vengeance when it comes to higher education.

Higher education is being defunded, corporatized and transformed to mimic Wal-Mart-esque labour relations by the Trump administration under the preposterous ill-leadership of a religious fundamentalist, Betsy DeVos. It’s also, according to a recent poll, viewed by most Republicans as being “bad for America.” Higher education is at odds with Trump’s notion of making America great again.

This assault on higher education is accompanied by a systemic culture of lies that has descended upon America. The notion that democracy can only function with an informed public is viewed with disdain. Trump apparently rejoices in his role as a serial liar, knowing that the public is easily seduced by exhortation, emotional outbursts and sensationalism.

The corruption of the truth, education and politics is abetted by the fact that Americans have become habituated to overstimulation, a culture of immediacy and live in an ever-accelerating overflow of information and images. Experience no longer has the time to crystallize into mature and informed thought.

Popular culture as an educational force delights in spectacles of shock and violence. Defunded and stripped of their role as a public good, many institutions extending from higher education to the mainstream media are now harnessed to the demands and needs of corporations and the financial elite.

In doing so, they are snubbing reason, thoughtfulness and informed arguments.

Governance, meantime, is now replaced by the irrational Twitter bursts of an impetuous four-year-old trapped in the body of an adult.

The high priest of caustic rants, Trump’s insults and bullying behaviour have become a principal force shaping his language, politics and policies. He has used language as a weapon to humiliate just about anyone who opposes him. He has publicly humiliated and insulted a disabled reporter along with members of his own cabinet, including Secretary of State Rex Tillerson, undermining their respective ability to do their jobs.

More recently, he has mocked Sen. Bob Corker’s height, referring to him on Twitter as “Liddle Bob Corker” because the senator criticized him in announcing his resignation.

…the entire World WAS laughing and taking advantage of us. People like liddle’ Bob Corker have set the U.S. way back. Now we move forward!

Ignorance is a terrible wound when it is self-inflicted. Trump’s lies, lack of credibility, lack of knowledge and unbridled narcissism have suggested for some time that he lacks the intelligence, judgment and capacity for critical thought necessary to occupy the presidency of the United States.

But when accompanied by his childish temperament, his volatile impetuousness, his disdain for higher education and a world view that reduces everyone else to friends or enemies, loyalists or traitors, his ignorance puts lives at risk.

Trump’s presidency is forcing us to deal with a kind of nihilistic politics in which the search for truth and justice, moral responsibility, civic courage and an informed and thoughtful citizenry are rapidly disappearing.

Government in the United States now apparently runs on wilful ignorance as the planet heats up, pollution increases and people die. 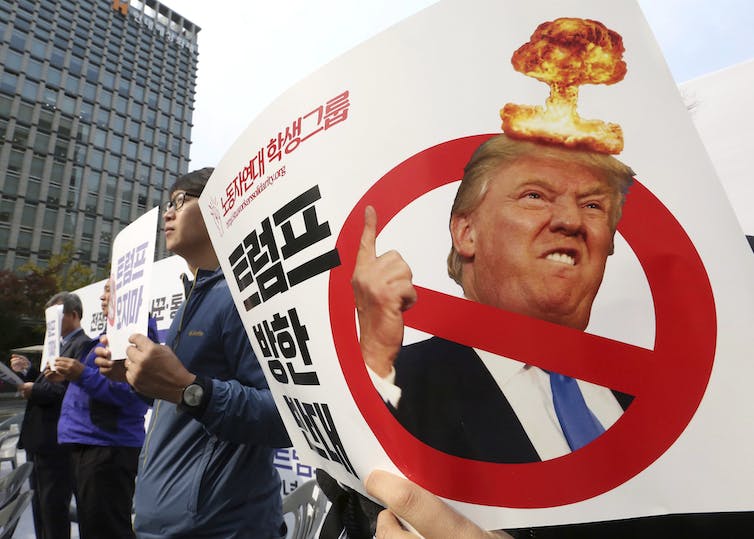 Evidence is detached from argument. Science is a subspecies of fake news, and alternative facts are as important as the truth. As language is emptied of meaning, standards of proof disappear, verification becomes the enemy of power, and evidence is relegated to just another opinion.

Trump has sucked all of the oxygen out of democracy and has put in play a culture and mode of politics that kills empathy, wallows in cruelty and fear and mutilates democratic ideals.

Anyone who communicates intelligently is now part of the fake news world that Trump has invented, a world in which all truth is mobile and every form of communication starts to look like a lie.

Impetuousness and erratic judgment have become central to Trump’s leadership, one that is as ill-informed as it is unstable. As he marks the anniversary of his election while in Asia this week, he’ll no doubt reinforce how governance can collapse into a theatre of self-promotion, absurdity and a dark and frightening view of the world. 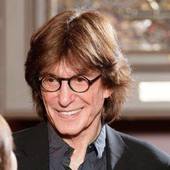 Chaired professor for Scholarship in the Public Interest in the Department of English and Cultural Studies, McMaster University

Henry Giroux does not work for, consult, own shares in or receive funding from any company or organization that would benefit from this article, and has disclosed no relevant affiliations beyond their academic appointment.

McMaster University provides funding as a founding partner of The Conversation CA.

Republish our articles for free, online or in print, under Creative Commons license.

← Did Al Qaeda Dupe Trump on Syrian Attack?
How Trump Brought the Political Media Class to Its Knees →