Several articles are included. Access each full article by clicking on the title. 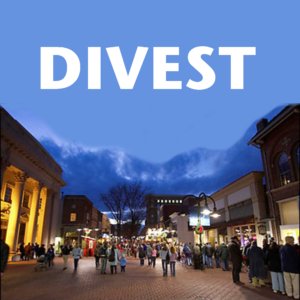 On the evening of June 3, 2019, the City Council of Charlottesville, Va., voted to divest the funds in its operating budget from weapons dealers and fossil fuel producers.

David Swanson, Executive Director of World BEYOND War, one of the organizations involved, said that combining weapons with fossil fuels was not just a matter of listing the two worst investments, but was a step intentionally taken to highlight the connections between the two industries.
See how to create a divestment campaign in your community below.
+++ 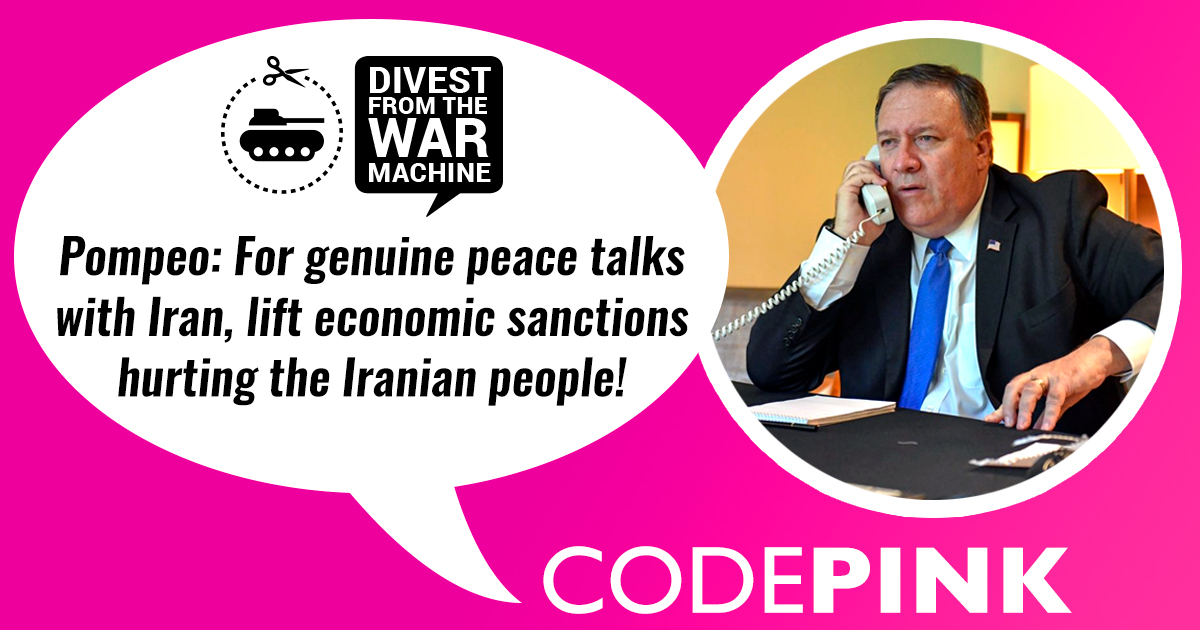 Divest from the War Machine

Congratulations to Charlottesville, Virginia, for divesting from fossil fuels and war! Thanks to a successful campaign led by World BEYOND War’s Co-Founder & Executive Director David Swanson. Click here to read the story of Charlottesville’s success. Contact us to start up a campaign in your area! 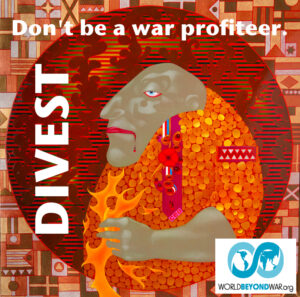 We’re using our grassroots people power to cut ties to the war economy where investors make a killing on killing.

Boycott, Divestment, Sanctions (BDS) is a Palestinian-led movement for freedom, justice and equality. BDS upholds the simple principle that Palestinians are entitled to the same rights as the rest of humanity.

Israel is occupying and colonizing Palestinian land, discriminating against Palestinian citizens of Israel and denying Palestinian refugees the right to return to their homes. Inspired by the South African anti-apartheid movement, the BDS call urges action to pressure Israel to comply with international law.

What are Boycotts, Divestment and Sanctions?

BOYCOTTS involve withdrawing support from Israel’s apartheid regime, complicit Israeli sporting, cultural and academic institutions, and from all Israeli and international companies engaged in violations of Palestinian human rights.
DIVESTMENT campaigns urge banks, local councils, churches, pension funds and universities to withdraw investments from the State of Israel and all Israeli and international companies that sustain Israeli apartheid.
SANCTIONS campaigns pressure governments to fulfil their legal obligations to end Israeli apartheid, and not aid or assist its maintenance, by banning business with illegal Israeli settlements, ending military trade and free-trade agreements, as well as suspending Israel’s membership in international forums such as UN bodies and FIFA.
+++

St. Paul, MN – On May 30, Palestinian-Americans and solidarity activists called on the Minnesota State Board of Investment (SBI) to divest from Israeli companies that violate international law and profit from the occupation of Palestine.

Speaking to the SBI at the state capitol, the activists highlighted several problematic companies the State of Minnesota currently is invested in. These included high-tech weapons manufacturer Elbit Systems, telecom company Bezeq and several Israeli banks.

“It is only appropriate that we hold ourselves to the highest standard and become an example for the rest of the nation,” said Mariam El Khatib of American Muslims for Palestine. “The occupation of the Palestinian people doesn’t only affect the Palestinians, but it’s affecting American Palestinians like myself. I’m an American citizen and yet I’m not allowed to go visit my family within Palestine.”
+++

When teachers in Rochester, New York, discovered that their pension funds were tied into the for-profit prison industry, which has devastated the lives of so many of their students, they formed Teachers Against Student Exploitation and launched a campaign to get the New York State Teachers’ Retirement System to divest their holdings. Working with prison abolitionist group Freedom to Thrive, they have now joined a national campaign targeting prison profiteers.
Read the Article →
+++