Majorities of U.S. veterans, public say the wars in Iraq and Afghanistan were not worth fighting, Pew Research

Veterans who served in either Iraq or Afghanistan are no more supportive of those engagements than those who did not serve in these wars. And views do not differ based on rank or combat experience. 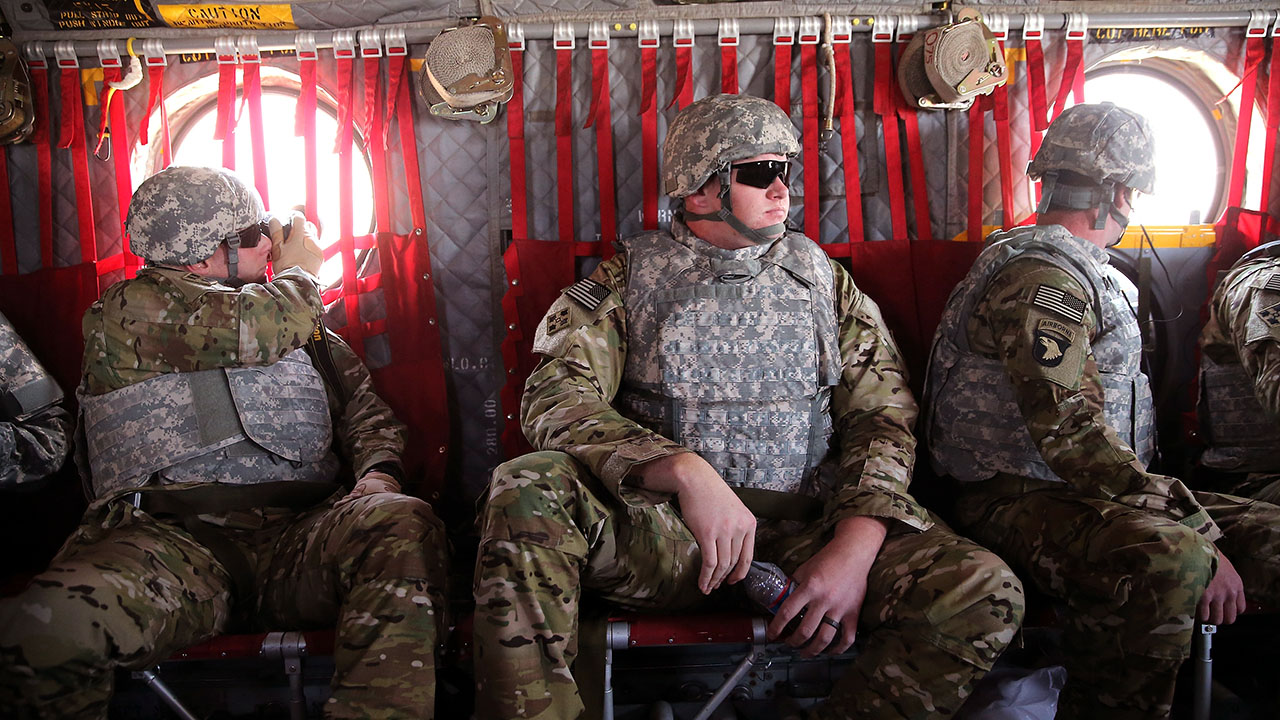 U.S. Army Capt. Matt Anderson and Sgts. (Ret.) Daniel Harrison and Noah Galloway ride in a helicopter to Forward Operating Base Fenty near Bagram, Afghanistan, in 2014. They were touring with a program that brings wounded servicemen back to Iraq and Afghanistan to help them come to terms with their injuries. (Scott Olson/Getty Images)

Nearly 18 years since the start of the war in Afghanistan and 16 years since the U.S. invasion of Iraq, majorities of U.S. military veterans say those wars were not worth fighting, according to a new Pew Research Center survey of veterans. A parallel survey of American adults finds that the public shares those sentiments. 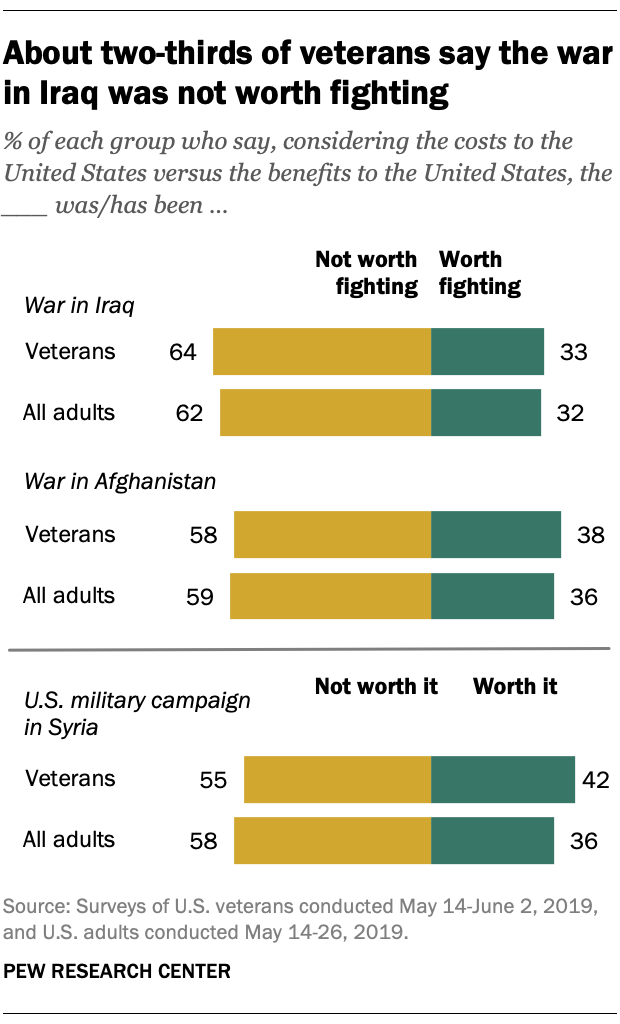 Veterans who served in either Iraq or Afghanistan are no more supportive of those engagements than those who did not serve in these wars. And views do not differ based on rank or combat experience. 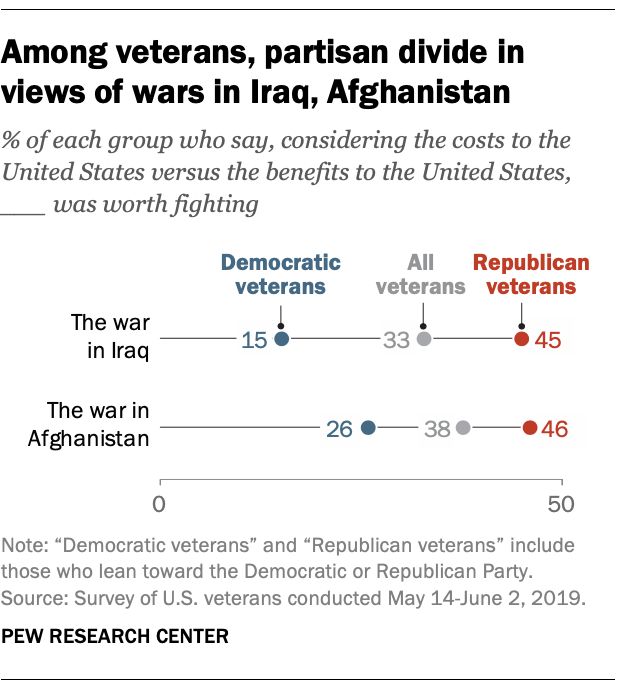 Views on U.S. military engagement in Syria are also more negative than positive. Among veterans, 42% say the campaign in Syria has been worth it, while 55% say it has not. The public has very similar views: 36% say U.S. efforts in Syria have been worthwhile, while 58% say they have not.

Among veterans, these views are consistent across era of service, rank and combat experience. Republican veterans are significantly more likely than Democrats to say the Syrian campaign has been worth it (54% vs. 25%).

Excerpt: Among veterans, 64% say the war in Iraq was not worth fighting considering the costs versus the benefits to the United States, while 33% say it was.