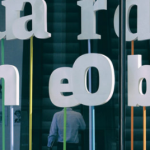 By Matt Kennard and Mark Curtis, Dailymaverick.co.za. The UK security services targeted The Guardian after the newspaper started publishing the contents of secret US government documents leaked by National Security Agency contractor Edward Snowden in June 2013. Snowden’s bombshell revelations continued for months and were the largest-ever leak of classified material covering the NSA and its UK equivalent, the Government Communications Headquarters. They revealed programmes of mass surveillance operated by both agencies. According to minutes of meetings of the UK’s… -more- 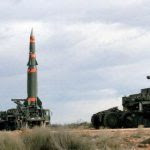 US Census Report: Inequality Grew Rapidly in 2018 To Record Levels 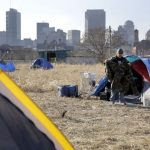 By Eric London, WSWS. Over the course of just the last year, the poorest 20 percent of the country—some 65 million people—saw its share of aggregate income decline from 3.11 percent to 3.10 percent. The share of the second poorest quintile declined from 8.4 percent to 8.35 percent, while the third and fourth quintiles, representing those in the 40 to 60 percent and 60 to 80 percent range of incomes, declined from 14.29 to 14.21 and 22.63 to 22.53, respectively. Only a very narrow section of the population benefited from this income redistribution. -more-

At UN Session, US Empire in Decline and Global Solidarity on the Rise 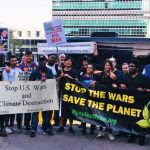 By Margaret Flowers and Kevin Zeese. As the United States becomes more brazen and ridiculous in its attempts to stay in control, it is driving other countries to turn away from the US and organize around it. There are growing calls for the United Nations to consider leaving the US and reestablish itself in a location where the US cannot sanction people for its own political purposes. Perhaps there is a need for a new international institution that does not enable US domination. The US’ actions point to the need for peace and justice activists to build an international network to demand the upholding the rule of law.   -more-

The Syria You Won’t See: Max Blumenthal on Visiting Damascus After the Proxy War 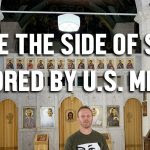 By Aaron Mate, The Grayzone Project. Blumenthal interviewed residents who were caught between Western and Gulf-backed extremist insurgents and the Syrian government’s war to retake territory, and who now struggle to recover under a US-led economic blockade. “They want to attack and intimidate people from the West who want to have cultural and personal contact with Syrians in the area where most Syrians live,” Blumenthal says. “I went there and I took that opportunity to have contact with them because I’ll take any reasonable opportunity to break the media blockade in countries targeted with regime change, and to show… -more-

Media Continue To Push Misinformation About Venezuela And Drug Trafficking 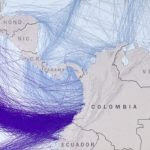 By Lucas Koerner and Ricardo Vaz, Fair.org. In recent years, Western corporate journalists have turned to systematically citing unnamed sources and secret documents from the US national security state. Indeed, one would be forgiven for thinking it was standard operating procedure. The Wall Street Journal (9/15/19) takes this “deep state” fan fiction genre to new heights with its latest on Venezuela, titled “Venezuela’s Hugo Chávez Worked to Flood US with Cocaine, US Prosecutors Say.” As advertised, the Journal’s Juan Forero echoes allegations against the Venezuelan government by US officials, which are contained in… -more- 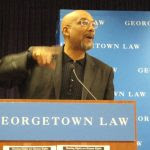 By US Peace Prize. Michael Knox, Chair of the Foundation, presented the award during a forum on September 23 in New York City.  In his remarks Knox said, “Thank you, Ajamu, for your outstanding domestic and international activism to end wars and militarism.  We applaud your long and distinguished record of working for social justice, human rights, civil rights, and peace.  Many antiwar organizations have benefited from your innovative leadership and consultation.  You are a force in revitalizing the Black antiwar tradition.  -more-

Sowing Hardship and Discouragement: The Failed American Strategy Against Cuba 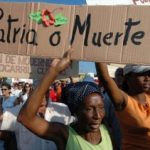 By Raúl Antonio Capote, Granma, translation Resumen-english.org. The enmity of the United States Government led by Dwight D. Eisenhower against Cuba manifested itself on January 1, 1959 when it welcomed the murderers and torturers of the Batista dictatorship who fled to the United States with more than 400 million dollars belonging to Cuban public funds. One of the first measures taken against the young Revolution was to reduce the supply of oil, refuse to refine oil from the USSR in June 1960 and eliminate the sugar quota that same year. -more-

← DN! To Impeach or Not to Impeach? Chris Hedges and John Bonifaz Debate What Congress Should Do Next
The Problem With Impeachment, by Chris Hedges →