The Julian Assange Hearings: National Security on Trial and Plan to Spy on Assange

Julian Assange extradition verdict to be delivered on January 4

As key stage of US extradition trial for WikiLeaks founder concludes, concerns are mounting over Assange’s health.

The two articles below are from Daily News Popular Resistance
October 1, 2020

National Security Journalism Is On Trial 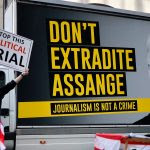 By Jameel Jaffer, Just Security. Few American media organizations seem to have noticed, but the U.S. Justice Department has spent the past few weeks trying to persuade the Central Criminal Court of England and Wales to extradite Julian Assange to the United States to face charges under the 1917 Espionage Act. The hearing is scheduled to wind down at the end of this week. At this point Assange has alienated pretty much everyone, including many erstwhile supporters, and few people on this side of the Atlantic seem troubled by his indictment or by the possibility that he will be extradited, tried, convicted, and imprisoned. -more- 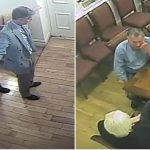 By Kevin Gosztola, Shadowproof. An IT expert who worked for UC Global, the Spanish security company which engaged in an espionage operation against Julian Assange while he was in the Ecuador embassy, refused to install numerous microphones and camera systems with “streaming capabilities” because they believed it was illegal. UC Global director David Morales was told Assange would discover the cameras were streaming in order to “restrain Morales.” “I did not want to collaborate in an illegal act of this magnitude,” the IT expert referred to as “Witness #2” told a British magistrates’ court during Assange’s extradition trial. -more-

← End Minnesota Complicity in the Suffering of the Palestinian People, by Lucia Wilkes Smith
Chris Hedges: The Cost of Resistance →