Why Police Defunding Should Remain on the Reform Agenda, by Yohana Beyene

The fact is, the murder of Amir is an argument for why ‘defund’ should not be taken off the table when we discuss policing.

Amir Locke dreamt of making it in the music industry as an entrepreneur. He mentored children in his neighborhood, hoping to steer them away from a fate he ultimately faced himself.

He was “executed” by a Minneapolis Police officer – the word used by his parents ― by a SWAT team who entered his house on a no-knock warrant the morning of Feb. 5, in what was said to be a search for a “homicide suspect.”

Incidents like these are a recurring nightmare for Black people. But it is especially tragic in a city where an effort to replace the police force with a Department of Public Safety informed by a public health approach was voted down amidst exaggerated rhetoric warning about the impact of “defunding” on public safety.

The fact is, the murder of Amir is an argument for why defund should not be taken off the table when we discuss policing.

Just after any video of police brutality goes viral, we see the same kinds of solutions get the most airtime: Root out the “bad apples,” ban chokeholds, diversify police departments/leadership, and invest in community policing.

None of these are a referendum on a carceral institution that allows violence with impunity, and they are certainly not solutions that worked to prevent police violence in the past. Nor will they do so in the future.

Instead, we are seeing the same song and dance. Calls for change are met with sketchy data to instill fear and halt progress.

It’s the same playbook reactionaries have always played from.

It starts with a single thread: an article in a prominent outlet, centered around a statistic designed to shock readers. More articles are spawned from that single statistic, eventually shape-shifting into a political strategy that will impact an albeit distant, future election. We’ve seen it so often that it has become easily predictable. One pull on that thread unravels any progress that we’ve made.

We cannot allow these affronts to go unchallenged.

Movements that challenge our fundamental way of living are always subject to skepticism, even if the underlying sentiment of said movements connects deeply with people across our society. Any time we see a wholesale rebuke of a massive popular movement because of one new set of data, we should become curious.

Where is this data from? Is it sound? Is the analysis of the data accurate? And who stands to gain from the conclusions of said analysis?

According to Fairness And Accuracy in Reporting (FAIR), experts who serve as media watchdogs and ask these very questions, the analysis that a rise in homicides can only be solved by increasing the numbers of police is “highly disputed.”

As Alec Karakatsanis, founder of the Civil Rights Corps, wrote, “propaganda is the intentional decision to portray some kind of ‘expert consensus’ by ignoring all the experts who disagree.”

One of the most subtle ways to mislead readers is to say “experts say,” but then only report one side of a hotly contested expert debate. Many of the articles that decry a “crime wave” rely on these kinds of misleading references to “experts” who consistently have law enforcement backgrounds, without acknowledging broad support for defund policies in the criminal legal community.

We should counter disinformation with a thoughtful assessment of the facts.

Let us look at gun sales, as an example.

Following the start of the coronavirus pandemic, as well as after the 2020 uprisings for racial justice, and again after the Jan. 6 Capitol riot, gun sales spiked. Yet, the vast number of articles and news stories about violence draw a causal connection between the uprising and police budgets, and hardly mention the rise in gun sales or gun policies in cities and states where getting a gun is remarkably easy.

Amidst the racist dog whistles and fear-mongering that reliably accompanies an election year, we must remember the reasons for our calls to defund the police.

That is why we will continue to organize locally, even as we push for federal legislation born out of the BREATHE Act currently moving through Congress, including the People’s Response Act, The Fix Clemency Act, and the Drug Policy Reform Act, with more on the way.

We will continue to develop community based solutions to harm outside of carceral logics because we must.

Until society heeds our call, we are doomed to see another hashtag, another anniversary, another family mourning, and another community ripped apart and in need of healing.

Organizations led by Black Visions in Minneapolis, where police murdered Amir, organized the city in support of Question 2 to replace the police department with a new one that expands what public safety actually means. 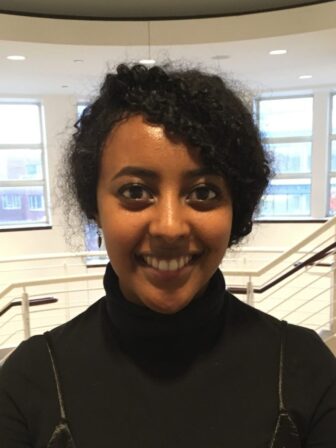 Despite losing their campaign in November, they have not given up. Like so many in this movement, they have pledged to continue serving their communities with alternatives that reimagines public safety in Black communities.

Our movement’s message that we want real change is resonating with millions of people. We called for visionary legislation that centered community care, invested in our well-being, and centered public health as a means of truly keeping communities safe.

We outlined investments in the arts and new oversight of our national public safety strategy, shifts that can save lives, and we’ve provided a blueprint.

The question is, when will the media and politicians finally start to listen?