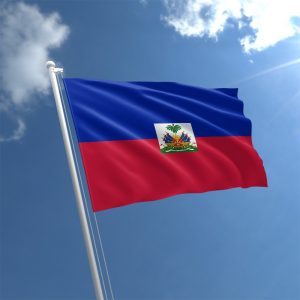 Do Haitian Black Lives Matter to Us, by Mary Beaudoin

A look at the past history and immediate unrest in Haiti before the recent assassination of Moise. 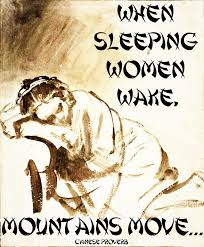 “The streets will be painted green and purple, and the shouts of “Latin America will be all feminist!” will be echoed in the main capitals of the region.”

February 27, 2019 · by Rise Up Times · in Activism, Militarism, Peacemaking, violence against women, Women

Peace is quintessentially a woman’s issue, most clearly when the continuum of male violence against women in its private, social and structural dimensions is grasped. 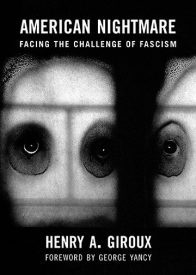 An interview of Henry Giroux on the Kavanaugh Hearings: Government run amuck and the ramifications beyond the hearings 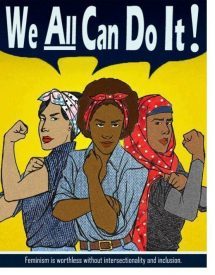 Tomgram: Mattea Kramer, When a Voice Tells You You’ll Never Be Enough

Decent [Trump] may not be, but he does give unambiguous voice to the (usually more subtle) ways in which women are judged for their looks and often dismissed as incompetent because of them.

Rebecca Solnit Tackles the Silencing That’s Quieted So Many Women

Solnit draws on an equation that has preoccupied women writers from Virginia Woolf to Audre Lorde: that silence is a form of marginalization.

In continuing to violate nations and people at will, the U.S. could very well qualify as a pandemic in its own right. 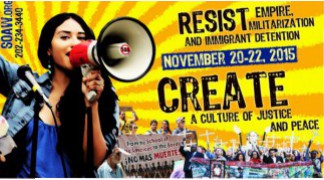 SOA Watch: Join us this November 20-22 for our 25th Anniversary Vigil

From the article: July 3, 2015 | Twenty-five years ago, a handful of human rights activists staged a hunger strike at the gates of Fort Benning, one year after the November 16,1989 massacre at the University of Central America (UCA) in El Salvador. It was on that date that Elba Ramos, her daughter Celina Maricet Ramos, and Fathers Ignacio Ellacuría , Ignacio Martín-Baró, Segundo Montes, Amando López, Joaquín López y López, and Juan Ramón Moreno were murdered by Salvadoran soldiers trained at the School of the Americas (SOA).

Bina Shah: Women’s Bodies Were the Ultimate Battleground of War-Torn 2014

“When there is conflict in unstable nations, the tide comes in with the strength of a tsunami to drown out the precious advances women have made there.” By Bina Shah  Huffington Post  December 18, 2014 When we speak of international women’s rights, it’s tempting to think of them as a destination — a large, glittering city […]

What turns us on to social movements? Is it the same intoxicating energy that draws us to our romantic partners? How do people in politics learn to laugh and what do we need to do to see meaningful change in our lifetimes? Tuesday, 24 June 2014 13:00By Laura Flanders, GRITtv | Interview   truthout.org Kate Clinton and Urvashi […]

By Jen Sorensen  Daily Kos  June 3, 2014 To be clear, I have no problem with how the Isla Vista shootings have led to a discussion of misogynist hate groups and violence against women. That’s an important conversation to have. What I’m criticizing is the folly of obsessing over details of a shooter’s life and broadcasting […]

Misty Rowan Minnesota spoken word artist Misty Rowan performed these three poems at the 2013 Annual Meeting of Women Against Military Madness. Misty is an active member of the Twin Cities based Anti-War Committee. Additional information and works can be found on her website missteatree.com. Subscribe or “Follow” us on WAMMToday.org. For the TC EVENTS calendar and the ACTIONS […]

The Longest, Darkest Night of the Year “This happens regularly now. And still we can’t get gun control laws passed. But there’s an overlooked, inseparable reason for that.  Yes, this is about the Sandy Hook Elementary School shooting.” By Robin Morgan | December 19, 2012  WMC.com Bushmaster semiautomatic .223 rifle This commentary on gun violence will be featured […]

“HONOUR CRIMES” IN SYRIA “It is the issue of “honour” which makes sexual violence such a useful act, particularly in the context of war. It is used to humiliate and to destroy communities by turning those communities against themselves because honour has been violated. This culture of honour is one of the cornerstones in patriarchal […]

Published on May 21, 2012 by democracynow DemocracyNow.org – Democracy Now! broadcasts from Chicago, site of the largest NATO summit in the organization’s six-decade history. On Sunday, veterans of the Iraq and Afghanistan wars, as well as members of Afghans For Peace, led a peace march of thousands of people. Iraq Veterans Against the War held a ceremony […]

Mad, Passionate Love and Violence: Occupy Heads Into the Spring By Rebecca Solnit  Feb 22, 2012   TomDispatch via Truthdig When you fall in love, it’s all about what you have in common, and you can hardly imagine that there are differences, let alone that you will quarrel over them, or weep about them, or be torn apart by […]

Colombia: Women Treated as Spoils of War in Colombia

Women Treated as Spoils of War in Colombia Date: April 12, 2011 Colombian NGOs have condemned the “high level” of violence against black, indigenous and poor women in a country where the female body has become a “battleground”, W Radio reported Friday. This was the message from the first presentation of the Support and Defense […]